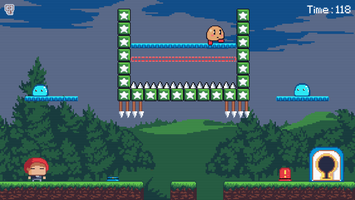 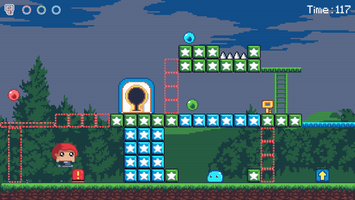 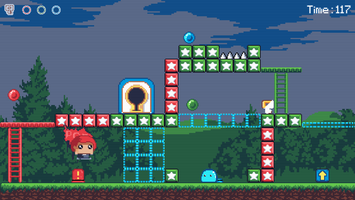 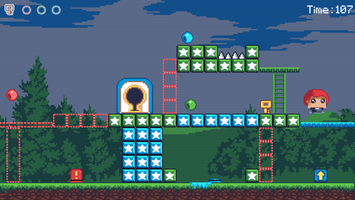 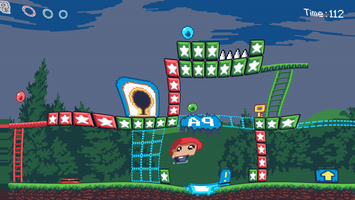 There were almost 5 or 6 month before I start this game. I always share my progress in Twitter. I think write a devlog about it is also great.

The game I am working on is call Stamp Boy. It is a pixelart style puzzle platformer inspired by Mario VS Donkey Kong (GBA version). When I was a child I love to play this game. I really love the mechanic of Mario VS Donkey Kong. And as my first game on PC, I think start from small and simple mechanic is a good begining. I think maybe I can handle this. Although after 5 months I think I am wrong it's not as easy as I thought.

What I think about this game

I would like to make a linear game with a small old and fun story about a hero save the princess from bad but cute monster. The game time is almost 1 or 2 hours will be better. Make long game time but boring is bad. What I love some indie game such as DownWell or DISTRAINT is a short game but amazing. As an adventure game I would like to add some boss fight in game. I think it would be very cool.

I forget how much time I finish the prototype of the core gameplay, it is like this:

I can't draw at that time, the game asset is bought from asset store( nothing can stop me dev game^_^ ). But I found it is better to master pixel art if I would change some art or create something unique.

The resource I learn is from Udemy Course, a book called Pixel Logic and MiniBoss's PixelArt Tutorials. After spend two weeks to learn pixelart I could make some very simple art. And continue my journy of make this game.

I usually watch VideoGameAnimationStudy, I learn some animation skill from the chanel and try to apply to the game improve it.

I try to use some simple animate skill such Smear:

When hero stamp the slime I try to apply a Ripple Effect that could make it feel more juice.

And No Ripple Effect:

When hero get the key I want a effect fly to the ui with trail it would be nice:

As first commercial game, I stury and try to release a steam page. Here is the trailer, it is vert begining of the game, I will change it later:

Thanks for watch devlog, see you next time!

Huge fan of Mario vs Donkey Kong so I am super stoked to see this game!

Feel free to get in touch if you want some help cleaning up the English for your Itch page/posts and the game itself.

I would love to lend a hand.

Thanks! You are so kind! I am not native english speaker, so it's not easy for me to write like native.